Can we really know the truth?

AND BE CONFIDENT THAT WE KNOW IT?

The Bible tells us that the devil is the father of all lies (John 8:44), but if he could put forth only one lie and get the greatest number of people to believe it, what would it be? Might it be the idea that it is impossible to fully know truth? Or at least that it is impossible for human beings (beings created in God’s own image) to be capable of understanding our Creator’s instructions to us in matters of the most basic of questions. Questions like: Where did I come from? Why am I here? Where am I going? How can my sins be forgiven? What is proper moral living? What is acceptable worship?

The concept of viewing truth as something unattainable is not new. Pilot asked of Jesus, “What is truth?” (John 18:38). In contrast, the Bible boldly proclaims throughout its pages that we cannot only know truth, but that we can, and must, be certain of it. The apostle John stated, “These things I have written to you who believe in the name of the Son of God, that you may know that you have eternal life...” (1 John 5:13). There is also the often quoted statement by our Lord himself, “You shall know the truth...” (John 8:32). He then went on to teach that the knowledge of truth reveals the path that will free us from the burden of our sin. Religious leaders, with their PhDs in divinity, who assert that the truth of the Bible is not fully attainable to us mortal beings substitute their own knowledge above God’s and make Jesus to be a liar.

Likewise, the idea of “believe what you want and God will accept it as long as you are sincere” is also a form of proclaiming that one is incapable of knowing the truth, and, thus, a concept not found in God’s Holy Word. Here are a few examples warning against such a belief:

From just the few passages above we see that our Creator believes:

Properly attaining truth begins with a desire on our part to want to know it: “Blessed are those who hunger and thirst for righteousness, for they shall be filled” (Matthew 5:6). We must then take personal responsibility to attain it and not rely on friends, family or even religious leaders. Instead, we must be like the members of the Berean church as they are described in Chapter 17 of the book of Acts. Note that they were receiving instructions directly from the apostles (who could ask for a more authoritative source than that?) and yet did not take the apostles’ word for granted. Rather, they “searched the scriptures daily to see if these things were so.” The Bible calls this group of Christians “noble” for being so diligently careful about what they were taught and then believed (Acts 17:11).

Jesus taught that the great majority would follow the broad way, which leads to everlasting punishment (Matthew 7:13-14). Is it any wonder that so many have bought into the devil’s lie that we cannot know the truth? The answer to the big question is a resounding YES! We can know the truth and be confident in it.

We invite you to join us, as we strive to be like the noble Bereans and study with open minds and honest hearts the unchanging, objective, fully attainable truth of God’s word. 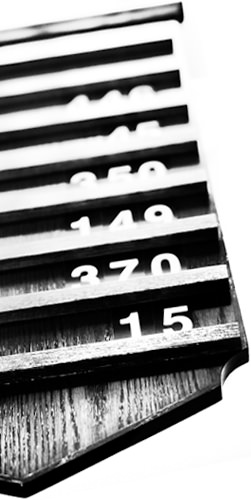